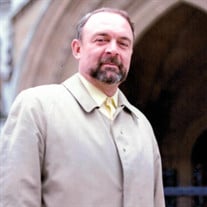 William G. “Bill” Wells, 88, formerly of Libertyville, passed away on Monday, March 30, 2020 in Los Angeles, CA. He was born on April 22, 1931 in Libertyville, to the late Aubrey and Mary Wells. He was a graduate of Libertyville High School and a graduate and received his Juris Dr. from the University of Illinois. He became a member of the Illinois, Wisconsin and California Bar Associations. William was enlisted in the U.S.M.C. Officer training program at Quantico and later Camp Pendleton where he coached the U.S.M.C. basketball team and was an expert Marksman. Although he and his wife Sheila settled down in Santa Monica, Ca, he never forgot his midwestern roots and returned to Libertyville several times a year. Bill’s grandfather William Laycock had a cabin in Northern Wisconsin and loved to get up to the great outdoors every chance he got. He taught his two daughters how to fish and the importance of preserving natural habitats in Wisconsin. He enjoyed reading, hunting, fishing and loved the Northwoods and wildlife in Wisconsin. He was an entrepreneur and attorney and was president of the Miramar Sheraton Hotel in Santa Monica, CA. Surviving are his wife Sheila (nee Bittman) Wells; 2 daughters, Dr. Pamela (Dr. Scott) Wells-Worman and Catherine E. Wells; and his sister, Nancy Ypma; granddaughter, Caroline Worman and dear friend Kisuke “Ace” Kutsuna. He was preceded in death by his mother, Mary in 1991 and father, Aubrey in 1999. A private funeral service for Bill will be on Saturday, April 25, 2020 at Burnett-Dane Funeral Home, 120 W. Park Ave. Libertyvillle with interment following at Lakeside Cemetery. For Info: 847-362-3009 or please share a memory at www.burnettdane.com.

The family of William "Bill" Wells created this Life Tributes page to make it easy to share your memories.

Send flowers to the Wells family.