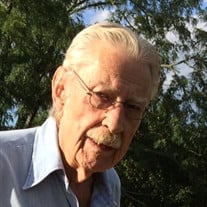 Wayne E. Grove. “Forever 39”, took the hand of the Lord and entered Heaven on 7-21-2019. Wayne is a Korean War vet, proudly serving in the US Army for 12+ years (8044th, 204th Military Police Co, and 5th), attaining the rank of Sgt. He earned several sharpshooter medals for a variety of weapons, including rocket launcher, and received the Korean Service Medal, the National Defense Service Medal, and the United Nations Service Medal. He fondly spoke of being part of a Presidential Escort (while with the 204th MP Co) for the dedication of the Oahe Dam and Reservoir in SD. He worked at Abbott Laboratories for 25+ years wearing many different hats, including Microbiologist, in a variety of divisions, retiring from the Chemical and Agricultural Products Division in 1992. Predeceased by parents and other family members. He enjoyed and will miss the HCC. He leaves behind his best friend and wife Sandy, of whom he was over-the-moon proud, and a handful of friends and neighbors (JCB, WGW, MP, TVH, RM, RRP, SG, TBF, EM, JAF, LER, MO) as well as in-laws Judith, Gregory, and Roger and niece Theresa and nephew Robert. To respect his wishes, there will be no services. To honor Wayne’s memory, hug your loved ones every day and tell them you love them.

The family of Wayne E. Grove created this Life Tributes page to make it easy to share your memories.

Send flowers to the Grove family.