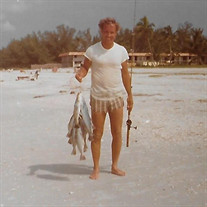 Thomas Donnell Evans Jr. passed away peacefully on Thursday, February 27, 2020 in Lincolnshire, Illinois. He is preceded in death by his wife Carol (Hunter) Evans, his parents Thomas Donnell "Don" and Katherine (Gridley) Evans, and is survived by his brother David Gridley (Sue) Evans. He is survived by his son Todd (May) Evans, daughters Kimberly (John) Quigley, and Susan Evans; and his five grandchildren Ashley and Trevor Evans; and John, Michael and Brendan Quigley. His devotion to family spanned his lifetime with selfless family support while instilling a strong tradition of higher learning, education and opportunity. Tom was born in Wayne, Pennsylvania and at three months of age became a lifelong resident of Libertyville, Illinois. He was a member of the United Methodist Church. Tom graduated from Libertyville High School in 1954 and attended a total of five colleges including Sewanee: The University of the South, UCLA, Northwestern University, University of Illinois and Northern Illinois University, earning a Bachelor's of Science in Chemistry. He was a member of the Beta Theta Pi fraternity at UCLA, and enjoyed surfing the Pacific waves from Los Angeles to Mexico and worked summers in Mammoth Lakes. He was independent, self-made, and an avid outdoorsman with strong affinities for forestry, geology, gardening, and had an endearing love for the United States National Park Service. He was a lifelong fan of the Chicago Cubs and Blackhawks. He became an international executive and consultant for over 40 years serving the global pharmaceutical industry spanning more than 50 countries, while earning a patent for the purification of Heparin. In retirement, he traveled the Rocky and Sierra Nevada Mountains, enjoying his love of Nature and its unspoiled raw beauty. In retirement, he became a 'snowbird' on Marco Island, Florida to pursue his love of fishing and boating. Funeral services will take place at 12:00 p.,m. Saturday, March 14, 12:00 at the United Methodist Church, 429 Brainerd, Libertyville, IL. In lieu of flowers, memorial donations are gratefully accepted at the Save the Redwoods League, Alzheimer's Association or Wounded Warriors. Arrangements by Burnett-Dane Funeral Home, in Libertyville. For info: 847-362-3009 or share a memory at www.burnettdane.com.

Thomas Donnell Evans Jr. passed away peacefully on Thursday, February 27, 2020 in Lincolnshire, Illinois. He is preceded in death by his wife Carol (Hunter) Evans, his parents Thomas Donnell "Don" and Katherine (Gridley) Evans, and is survived... View Obituary & Service Information

The family of Thomas Donnell Evans Jr. created this Life Tributes page to make it easy to share your memories.

Send flowers to the Evans family.