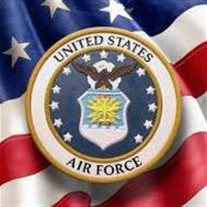 Ronald G. Rehm, 71, a former longtime resident of Libertyville, passed away Thursday, May 23, 2019 in Scottsdale, Arizona. He was born July 14, 1947 in Chicago, was a longtime resident of Libertyville, and lived Phoenix, Arizona for the past 27 years. Ron attended Libertyville High School and after moving, was a 1966 graduate of Grayslake High School. He was a US Air Force veteran and served in Vietnam. Ron was a Warehouse Distribution Manager for many years. He loved sports…almost as much as he loved his dogs, Sugar, Flash, and Venus. He was always playing practical jokes and was quite witty, sometimes cocky, but he loved his family completely and would do anything for them. He was preceded in death by his mother, Florence R. Rehm (nee Rouzan) in 1991, his father, Robert H. Rehm in 1982, and his beloved brother, Dennis R. Rehm in 2003. Surviving are his sister, Robin R. Rehm, brother, Dale E. Rehm, and nephew, Robert M. Rehm, all of Chippewa Falls, Wisconsin. He will be held in his family’s hearts, thoughts and prayers forever. He was very much loved and his presence will always be missed… Funeral service will be held at 1:00 p.m. Friday, May 31, 2019 at Burnett-Dane Funeral Home, 120 W. Park Ave. (Rt. 176, one block west of Milwaukee Ave.) in Libertyville. Interment will be at Ascension Cemetery. For info: 847-362-3009 or share a memory at www.burnettdane.com.

The family of Ronald G. Rehm created this Life Tributes page to make it easy to share your memories.

Send flowers to the Rehm family.