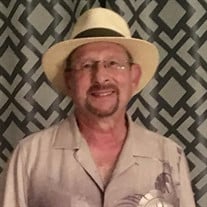 Roman F. Rycerz, 69, passed away on Wednesday, Feb. 3, 2021 in Libertyville, IL, due to lung cancer. A former resident of Mettawa, he lived at Saddlebrook Farms in Grayslake for the past 3 years. He was born July 8, 1951 in Chicago to Roman and Helen Rycerz. He grew up in Chicago and attended Weber High School, later entering Marquette University in Milwaukee, WI, where he studied electrical engineering. A Silicon Valley pioneer, Roman began his career in California as a design engineer for Intel. He later joined Megatest at a pivotal moment and was instrumental in the company’s success. He was remembered by his colleagues for his high-speed thinking, vision, sense of humor, and unconventional working style. He later returned to IL and worked as operations manager for Eagle Test and test tool manager for Motorola Inc. (later acquired by Continental AG) until his retirement. Roman met his wife, Diane, in high school and they were married for 48 years with three children. He had a lifelong love of history, the outdoors, and travel, making memorable trips to Poland, Greece, and France. He shared these loves with his family, and vacations often included museum visits, camping, or experiencing a new state or country – or all three. The life of every party, he looked for fun wherever it could be found. He loved entertaining his friends and family and making people smile, even on everyday errands. Roman was also a ham radio enthusiast, lifelong Grateful Dead fan, and endless source of memorable sayings, particularly “I may not always be right, but I’m never wrong.” Surviving are his wife Diane (Lewan) Rycerz; children Jennifer (Matthew) Kallend, Roman Daniel Rycerz; and Jill Rycerz; and sisters, Mary and Annette Rycerz. Due to COVID-19, a memorial service will be held at a later date. In lieu of flowers, the family requests donations to the American Lung Association. Arrangements are by the Burnett-Dane Funeral Home in Libertyville.

Roman F. Rycerz, 69, passed away on Wednesday, Feb. 3, 2021 in Libertyville, IL, due to lung cancer. A former resident of Mettawa, he lived at Saddlebrook Farms in Grayslake for the past 3 years. He was born July 8, 1951 in Chicago to Roman... View Obituary & Service Information

The family of Roman F. Rycerz created this Life Tributes page to make it easy to share your memories.

Send flowers to the Rycerz family.