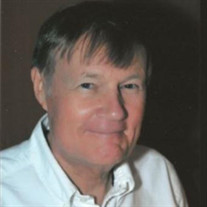 Roger Lewis Knigge, 76, passed away on Wednesday, January 6, 2021 in Chicago, Illinois. He was born March 12, 1944 and grew up in various small towns throughout Illinois including Kildeer, Monmouth and Rankin. As an adult he lived in Park Forest before settling down in Frankfort where he raised his family and resided for 22 years. Roger has lived in Orland Park for the past 20 years. Surviving are his two children, Daniel Lloyd (Sara) and Kimberly Jane Knigge; two grandchildren, Julia Elizabeth and Evan Roger; and his loving partner of 20 years, Linda Gurak. He was preceded in death by his parents, Lloyd and Pearl Knigge. Roger was a graduate of Southern Illinois University and received his Masters Degree from the University of Illinois. His early real estate career included working for the Illinois Central Railroad and CNA Insurance Company. Roger was co-founder of Real Estate Consultants where he worked for over 30 years. After selling Real Estate Consultants, Roger worked for HSA Commercial Real Estate until retirement. Roger was a US Airforce veteran; a member of Sons of Union Veterans of the Civil War and Junior Vice Commander of General Sheridan Camp #2. Roger’s life was well lived. He had many interests and a never-ending thirst for knowledge. His interests included archelogy, history, politics, old western movies (a big John Wayne fan), travel and nature. He went on many archeological digs in the Illinois area. Linda and he were able to travel to many countries including Egypt, Jordan, England, Germany and Greece. He researched his family ancestry and documented his findings in a book he authored titled, Johann Heinrich Phillip Knigge, The Life of a German Immigrant, 1808-1881. This book sits in the Abraham Lincoln Presidential Research Library, Springfield, Illinois. Above all, Roger loved being a Dad, Grandparent and loving partner to Linda. He inspired his kids to be curious about the world, to enjoy nature, appreciate world history and pay attention to current events. He loved spending time with his grandchildren which was often a good conversation over ice cream. He made the time spent with him special. He loved family and family traditions. He will be remembered by many for his great sense of humor, his intelligence, and his kindness. Visitation will be Saturday, June 26, 2021 from 10 a.m. until the service at 11:30 a.m. at Burnett-Dane Funeral Home, 120 W. Park Avenue, Libertyville, IL 60048. Inurnment with military honors will be in Lakeside Cemetery, Libertyville, Illinois. Arrangements by Burnett-Dane Funeral Home in Libertyville, Illinois. Information: 847-362-3009 or please share a memory at www.burnettdane.com. A memorial gift can be made to the National Wildlife Federation mwf.org.

Roger Lewis Knigge, 76, passed away on Wednesday, January 6, 2021 in Chicago, Illinois. He was born March 12, 1944 and grew up in various small towns throughout Illinois including Kildeer, Monmouth and Rankin. As an adult he lived in Park... View Obituary & Service Information

The family of Roger L. Knigge created this Life Tributes page to make it easy to share your memories.

Send flowers to the Knigge family.