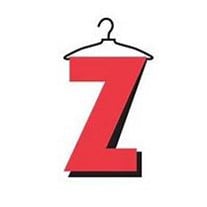 Robert J. Zengeler, 89, passed away peacefully at his home surrounded by his family on Wed. Nov. 13, 2019. He was born March 21, 1930 in Lake Forest, was a former resident of Lake Forest and Winnetka and has lived in the Wauconda-Mundelein area since 1970. He was a graduate of Lake Forest High School, served in the US Navy and was a member of St. Mary of the Annunciation Catholic Church in Mundelein. Bob’s career at Zengeler Cleaners started by making deliveries after school until he took the reins in 1962. Under his leadership, the company expanded into several new communities, starting with Libertyville in 1962 and the opening of the Northbook facility and corporate office in 1967. Bob remained active in the business until earlier this year, he was the first one in early every morning in Libertyville as recently as two years ago, a career that spanned more than 80 years. A colleague said “The industry was lucky to have him. He worked hard and LOVED what he did. Bob often gave back to the community and became involved with Rotary International. He was a charter member of the Libertyville Rotary Club, where he served for 57 years. He enjoyed outdoors, fishing, hunting, cutting his grass, traveling to Palm Beach, FL and a nightly old fashion was the cure for his good health. His quick wit, genuine smile and gentle heart will be missed by many. He was a friend to all. Surviving are 6 children, Robert (Terry) Zengeler, Deborah (John) Creigh, A. William Zengeler, Michael (Blanca) Zengeler, Thomas (Courtenay Bailey) Zengeler and Kathleen (Paul) Lang; 14 Grandchildren and 3 Great Grandchildren; 2 sisters, Jane (Dave) Dietrich and Marie (Paul) Brady. He was preceded in death by his parents, Ralph and Mary Zengeler and his wife Elaine in 2015. Visitation will be from 4 to 8 pm Thursday, Nov. 21 at the Burnett-Dane Funeral Home, 120 W. Park Ave. (Rt. 176, one block west of Milwaukee Ave.) Libertyville and for one hour prior to mass on Friday. Funeral mass will be held at 11 am Fri. Nov. 22 at St. Mary of the Annunciation Church, 22333 W. Erhart Road, Mundelein. A family interment service will be on Sat. at St. Mary’s Cemetery in Lake Forest. Memorial contributions can be made to www.rotaryinternational.org Info: 847-362-3009 or please share a memory at www.burnettdane.com.

Robert J. Zengeler, 89, passed away peacefully at his home surrounded by his family on Wed. Nov. 13, 2019. He was born March 21, 1930 in Lake Forest, was a former resident of Lake Forest and Winnetka and has lived in the Wauconda-Mundelein area... View Obituary & Service Information

The family of Robert J. Zengeler created this Life Tributes page to make it easy to share your memories.

Robert J. Zengeler, 89, passed away peacefully at his home surrounded...

Send flowers to the Zengeler family.