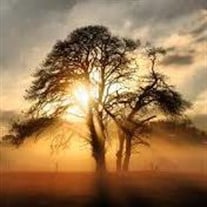 Robert “Bob” Orth, 72, a celebrated operatic baritone and a champion of new American opera, passed away on July 12, 2019 in Libertyville, Illinois. A versatile performer, Mr. Orth was known for his ability to bring his characters to life with his emotive voice, strong acting skills, impeccable comedic timing and graceful movements. He sometimes capped off his arias by sinking into the full splits while singing. Mr. Orth’s career spanned more than four decades. He sang with major opera companies in New York, Chicago, San Francisco, Dallas, Seattle, Portland, Los Angeles, Houston, San Diego, as well as with numerous regional companies, including a notable run with Central City Opera in Colorado, where he appeared regularly from 1983 to 2016. He was named Artist of the Year by Seattle Opera and by New York City Opera. In 2012 he sang at the Royal Albert Hall in London, performing the role of Richard Nixon in John Adams’ Nixon in China. Robert Orth was born in 1947 in Chicago to Carl and Betty Orth. With his three brothers – Skip, Dale and Leonard – Mr. Orth moved from Illinois to Texas and Montana, where his father was a founder of Yellowstone Boys and Girls Ranch. Mr. Orth later attended Wheaton College before making a home in Chicago’s suburbs and raising two sons, Zak and Josh. Mr. Orth started singing in churches and school choirs at a young age. After college, he spent nine years teaching music in public schools in Chicago’s suburbs while doing summer stock during his time off. In 1974, Mr. Orth quit teaching to pursue singing full-time, a move his wife Jane recalls as “very brave.” Known as Bob to his family and friends, Mr. Orth is survived by Jane, his wife of 50 years; his sons Zak and Josh; and his granddaughters Arden and Sadie. A visitation will begin at 5:00 p.m. followed by a celebration of Robert Orth at 7:00 p.m. Friday, July 26, 2019 at First Presbyterian Church, 219 W. Maple Ave. Libertyville, IL. In lieu of flowers, contributions can be made to Young Musician’s Choral Orchestra, Music Department of First Presbyterian Church or White Helmets, www.whitehelmets.org. Arrangements by Burnett-Dane Funeral Home in Libertyville. For info: 847-362-3009.

Robert &#8220;Bob&#8221; Orth, 72, a celebrated operatic baritone and a champion of new American opera, passed away on July 12, 2019 in Libertyville, Illinois. A versatile performer, Mr. Orth was known for his ability to bring his characters... View Obituary & Service Information

The family of Robert A. Orth created this Life Tributes page to make it easy to share your memories.

Robert “Bob” Orth, 72, a celebrated operatic baritone and a champion...

Send flowers to the Orth family.