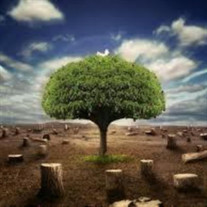 Robert “Bob” K. Grumstrup, 77, passed away on Thursday, August 19, 2021 at Advocate Condell Medical Center in Libertyville, IL. He was born on September 25, 1943 in Chicago and grew up in the Humboldt Park neighborhood of the city. In 1971, he moved to Libertyville and has lived in the same house for the past 50 years. He was a veteran of the United States Air Force and was a strong supporter of the troops and the disabled veterans of America. Bob began his civilian career as a meat cutter at Hillman’s grocery store in Chicago, where he met the love of his life and wife, Patricia. He worked for various grocery chains throughout his career, finally retiring from Sunset Foods in 2008. He was an expert third degree blackbelt in and instructor of Shōrin-ryū, one of the major modern Okinawan martial arts and one of the oldest styles of karate. He will be remembered as an outgoing, curious, lifelong learner, always striking up a conversation with a stranger and voraciously reading about ancient, medieval and United States history as well as current events. He was an amazing man that will be dearly missed by his family and friends. Surviving is his wife of 53 years, Patricia Grumstrup; 2 daughters, Denise (David) Zmuda and Kristin (Todd) Lewis; 6 grandchildren, Kelli, Eric, Kate, Ryan, Maggie and Christopher and many nieces and nephews. He was preceded in death by his parents and by sisters, Arlene Hall & Lucille Stann and by his infant sister, Diane Grumstrup. A visitation will begin at 11:00 a.m. followed by a service at 1:00 p.m. on Tuesday, August 24, 2021 at Burnett-Dane Funeral Home, 120 W. Park Ave. (Rt. 176, one block of Milwaukee Ave.) in Libertyville. Interment will follow at Ascension Cemetery in Libertyville. Memorial contributions would be appreciated to the Wounded Warrior Project, www.woundedwarrorproject.org. For info: 847-362-3009 or share a memory at www.burnettdane.com.

The family of Robert K. Grumstrup created this Life Tributes page to make it easy to share your memories.

Send flowers to the Grumstrup family.