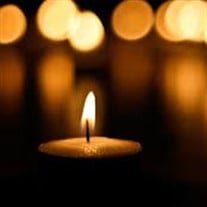 Lawrence J. “Larry” Leon, 88, passed away on Sat. Nov. 2, 2019 at Advocate Condell Medical Center. He was born Nov. 29, 1930 in Marseilles, IL, was a former Antioch resident, living in Libertyville for the past 57 years. He was a 1948 graduate of Marseilles High School and a 1952 graduate of Northern Illinois University with an education degree and where he played four years of varsity baseball and was on two conference championship teams. He also served in the US Army and spent 18 months in Korea during the war. Larry taught High School Social Studies and coached basketball at Marseilles HS, followed by 7 years at Antioch HS and 18 years at Libertyville High School. He later was the golf coach at the College of Lake County in Grayslake and Robert Morris College in Waukegan and helped create the CLC Keith Ryan Scholarship Fund. He was inducted in the Lake County High School Hall of Fame and was a former Franklin Life Insurance Company salesman. In retirement, Larry was an avid Chicago area sport’s fan and loved watching televised high school, college and professional sports, especially the Chicago White Sox. Surviving are 3 children, Bob (Marilyn) Leon of Van Wert, Ohio, Susan (Daniel) Pietsch of Idyllwild, CA and Jeff Leon of Rochelle, IL; 4 grandchildren, Craig (Julie Accurso) Leon, Jeremy (Christina) Pietsch, Bret Leon and Sierra (Jonathan) Adams. Great granddaughters, Keely and Kelsey Pietsch and great grandsons, Logan, Eli and Cody Adams. He was preceded in death by his wife Carmen Leon in 2014 and also by his sister Valerie Reiske. Visitation will be from 6 to 8 pm Tues. Nov. 5 at the Burnett-Dane Funeral Home, 120 W. Park Ave. (Rt. 176, one block west of Milwaukee Ave.) Libertyville. His funeral service will be at 11 am Wed. Nov. 6 at the funeral home, followed by interment at Lakeside Cemetery. Memorial contributions can be made to the Libertyville High School Athletic Department. Info: 847-362-3009 or please share a memory at www.burnettdane.com.

The family of Lawrence "Larry" Leon created this Life Tributes page to make it easy to share your memories.

Send flowers to the Leon family.