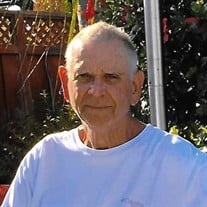 John Raymond Hansen, 70, of Grayslake, IL, died after a long illness, but died peacefully surrounded by his beloved family at home on November 6, 2020. He was born in New York City on Feb. 1950, but traveled his young life throughout Europe as an army dependent with his parents, Joseph and Winifred Hansen and brothers, Richard and Michael, all deceased. As a teen, they moved back to the states and John graduated from Highland Park High School in 1967, enjoying his athletic career as a football player for the high school and college football at the University of Wisconsin, Madison as a safety. He was drafted into the army in 1972 and served in Vietnam. His love of all sports included coaching boys football in Wisconsin and with the Libertyville Boys Club to high school football, where he had such fond memories of the coaches and players. Also, he had the privilege of coaching boys baseball for many years. John was a printing broker for 25 years and retired last year from a successful career to spend retirement fishing, traveling and spending quality time with his wife and all ten of his grandchildren. He enjoyed teaching them how to fish and the fundamentals of just being a kid. John is survived by his wife, Kathy Hansen and their four children, Michael, Matthew, Erika and Kelly Hansen, who will miss him greatly, but will always remember his warm smile. A graveside service for his family will be held at 1:00 pm Wednesday, Nov. 18, 2020 at Ascension Cemetery in Libertyville. Memorial contributions can be made to the American Cancer Society. Arrangements are by the Burnett-Dane Funeral Home in Libertyville. Info: 847-362-3009 or please share a memory at www.burnettdane.com.

John Raymond Hansen, 70, of Grayslake, IL, died after a long illness, but died peacefully surrounded by his beloved family at home on November 6, 2020. He was born in New York City on Feb. 1950, but traveled his young life throughout... View Obituary & Service Information

The family of John R. Hansen created this Life Tributes page to make it easy to share your memories.

Send flowers to the Hansen family.