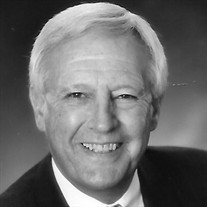 John E. Graham, 92, passed away on Sat. Feb. 5, 2022 in Vernon Hills. He was born Sept. 21, 1929 in Chicago to the late Edwin W. and Pearl C. Graham (nee Lesch). He was also preceded by the “love of his life”, his wife of 50 years, Arilda L. “Tammy” Graham, nee Dygon. He is survived by his four wonderful, and loving children, Paula G. (Mike Clark) Graham, Judy (Bill) O’Brien, Gary J. Graham and Peter B. (Melissa) Graham. In addition, he leaves l0 outstanding grandchildren and 9 great grandchildren. John attended and played basketball at Parker H.S., Wilson Jr. College, and Northern Illinois State Teachers College, now NIU. He also played one season on the post basketball team, at Fort Leonard Wood, MO. John began his teaching and coaching career in 1956 at Rock Island Sr. H.S. where he served as an asst. basketball coach and Soph. baseball coach. From 1958-1961, he was an asst. basketball coach and cross country coach, at Libertyville H.S. He transferred to the new Mundelein H.S. in 1961, where he remained until his retirement in 1993. While at Mundelein, he served in a variety of positions, including P.E. Director, Intramural Director, Girls Sports Coordinator and Athletic Director. In addition, he served in a variety of coaching positions at various levels for football, baseball, golf, tennis and basketball. John was also a longtime Certified IHSA football and basketball official and is a lifetime member of the Northern Officials Association. In 2012, he was inducted into the Lake County High School Sports Hall of Fame. Upon his retirement, John enjoyed a career as a real estate agent for Koenig & Strey Realtors in Libertyville from 1994 to 2009. A celebration of his life will be held from 1 to 4pm Sunday, March 6, 2022 at The Regent Center, 1200 Regent Drive, Mundelein, IL 60060. In lieu of flowers, donations would be appreciated to Lambs Farm in Libertyville https://lambsfarm.org/support/make-a-donation/ Arrangements by the Burnett-Dane Funeral Home in Libertyville. Info: 847-362-3009 or please share a memory at www.burnettdane.com.

The family of John E. Graham created this Life Tributes page to make it easy to share your memories.