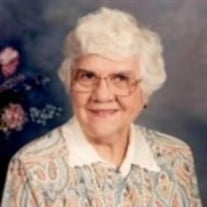 Janet May Galbraith (née Thorpe), a long-term resident of Libertyville, passed away on December 31, 2020 at the age of 92. She was born on May 18, 1928 in Aniwa, WI, to parents George and Gunvor Thorpe. Her father was a dairy farmer and her mother was the organist for Bethany Lutheran Church in Aniwa. Janet led a full and accomplished life. Her aspiration to become a nurse led her to leave the farm after high school and travel to Chicago to pursue her education and obtain a degree in nursing. She graduated from Augustana Hospital School of Nursing in 1949. Her first job was in North Chicago at Downey Veterans Administration Hospital, now called James A. Lovell Federal Health Care Center. There she met a handsome young man named Jack Galbraith, who swept her off her feet and they married on August 29, 1952. Over the next 15 years she worked at various local hospitals in Lake County. In 1969 the College of Lake County opened their doors and Janet was hired as the Director of Health Services. She worked in this role for two years and then accepted a position as an educator in CLC’s newly created nursing program, where she spent the rest of her career. Janet’s husband passed away suddenly in 1975 at the young age of 47. She still had children in high school and she wanted to make sure they had the opportunity and financial resources to attend college so she decided to further her education and obtain advanced degrees. She received her Bachelors of Science degree in Scientific Studies in 1977 from Barat College and later obtained a Masters degree in Education from Northern Illinois University. She continued in her role as a nursing educator at CLC until her retirement in 1991. Janet is survived by her three children, Debbie (David Clark), Michael (Susan), and Gregory (Wendy). She was blessed with five grandchildren, Kerry, Sara, David, Abby & Jack. She became a great grandma for the first time with the birth of Sara’s son Martin Aiden, born November 14, 2020. Janet is also survived by sister-in-law Kay, 3 nieces, and 2 nephews. Janet was a woman of strong faith. She leaves behind many in her passing, but we know she rejoins those who were taken home before her. She was preceded in death by her loving husband Jack, her brothers Mark and Neal, her sisters-in-law Irma and Maxine, and her godson Paul. Janet had been a member of Grace Lutheran Church in Libertyville for 55 years. Donations in her memory may be sent to Grace Lutheran Church, 501 Valley Park Dr., Libertyville IL 60048. A memorial service and celebration of Janet’s life will be postponed until a time when her family and friends can gather safely. Arrangements by Burnett-Dane Funeral Home in Libertyville. For info: 847-362-3009 or share a memory at www.burnettdane.com.

Janet May Galbraith (née Thorpe), a long-term resident of Libertyville, passed away on December 31, 2020 at the age of 92. She was born on May 18, 1928 in Aniwa, WI, to parents George and Gunvor Thorpe. Her father was a dairy farmer and her... View Obituary & Service Information

The family of Janet M. Galbraith created this Life Tributes page to make it easy to share your memories.

Janet May Galbraith (n&#233;e Thorpe), a long-term resident of Libertyville,...

Send flowers to the Galbraith family.