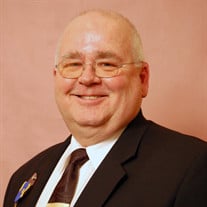 Donald I. Borgwardt, 75, passed away on November 20, 2019 in Waukegan, IL. He was born August 14, 1944 in Libertyville where he lived for many years prior to moving to Vernon Hills. He was a current resident of Fox Lake. He was dedicated to community service for over 50 years. He began his service with the Libertyville Jaycees and transitioned to the Lions Club where he was recognized with numerous awards. He served as President of the Libertyville Lions Club three times and became Trustee and then President of the Lions of Illinois Foundation with a level 13 Foundation Fellows. He served on the board for the Libertyville Civic Center for six years where he was president for three. He was also involved with the Libertyville Days celebration for 50 years and served as Parade Chairman for many of those years. He also served on the Planning Commission and Zoning Board of Appeals for 13 years in Libertyville. Don graduated from Libertyville High School in 1962 and was a graduate of the College of Lake County. He held numerous Sales Management positions throughout his career. He was a former employee of International Harvester, Bernard Chevrolet, Haines Directory and was currently working at Reading Electric. He served in the US Air Force as Staff Sergeant for 4 years in Madrid, Spain. Surviving are 5 children, Rich (Megan) Borgwardt, Susan (Geoff) Borgwardt Spaeth, Steve (Jen) Vezensky, Dan (Betty) Vezensky and Jim Vezensky; 7 grandchildren, Jacob, Molly, Stephanie, Leone, Amanda, Danielle, and Nick. His sister Ann (Pete) Baldino, his nieces Vicki and Valerie, his first wife Maria Pilar Schroeder and dear friend Barb Lahtinen. He was preceded in death by his parents, Irwin and Edna Borgwardt and his wife, Darlene Borgwardt in 2012. A visitation will be held from 4:00 to 8:00 pm Monday, November 25, 2019 at Burnett-Dane Funeral Home, 120 W. Park Ave. (Rt. 176, one block west of Milwaukee Ave.) Libertyville. A funeral service will be held at 11 am Tuesday at the funeral home with internment following at Highland Memorial Park. Memorial contributions can be made to the Lions of Illinois Foundation. Info: 847-362-3009 or please share a memory at www.burnettdane.com.

Donald I. Borgwardt, 75, passed away on November 20, 2019 in Waukegan, IL. He was born August 14, 1944 in Libertyville where he lived for many years prior to moving to Vernon Hills. He was a current resident of Fox Lake. He was dedicated to... View Obituary & Service Information

The family of Donald I. Borgwardt created this Life Tributes page to make it easy to share your memories.

Send flowers to the Borgwardt family.