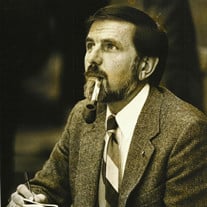 David Duane Ransom, 86, of Libertyville, IL passed away peacefully in the company of loved ones on Sunday, February 27, 2022, after a short battle with cancer. Born December 19, 1935, in Boscobel, WI, David was the devoted husband of 59 years to the late Margaret “Peg” (nee Palmquist) Ransom; brother to the late Richard Deane Ransom; and a beloved son of the late Ronald and Wilma (nee Stucky) Ransom. Dedicated father of David Burke Ransom and loving grandfather to Dylan Lory Ransom, David is survived by nephews Steven (Allison) Ransom, Philip (Robyn) Palmquist, Steven (Natalya) Palmquist, and Timothy (Terri) Palmquist; nieces Debra (Phil) Williamson, Carol (Steve) MacNeill, and Mary (Dave) Petrie; as well as many dear grandnieces, grandnephews, and dear friends. David attended Oconomowoc High School prior to graduating from Wisconsin State College (now University of Wisconsin – Whitewater). He then attended Bowling Green State University, where he earned his Master of Arts degree, receiving distinction as a National Science Foundation Scholar. David began his career at Lake Forest High School, teaching mathematics. Shifting gears, he joined Blue Cross Blue Shield Association as an Independent Medicare Claims Insurance Professional, and enjoyed a successful career as an insurance executive with the company for many years. Returning to his roots in education, David was elected to a seat on the Libertyville High School Board of Education. Later, he served on the Board of Directors of the Illinois Association of School Boards and was Chairman of the Illinois School District Liquid Asset Fund. In retirement, David also worked as a substitute math teacher at Libertyville and Vernon Hills High Schools. Community involvement was a pillar of David’s life. He and his wife, Peg, were affiliated with Hope Evangelical Presbyterian Church, and later became active members of First Presbyterian Church of Libertyville, where David participated in the Men’s Club. A lifelong student of history, David treasured his association with the Libertyville-Mundelein Historical Society, and enjoyed the many activities and fellowship offered through membership in the Lake County Retired Teachers Association. David was a skilled and dedicated gardener, spending countless hours turning soil, pruning and weeding to produce the beautiful gardens that surrounded his home and beautified the entire neighborhood. He shared and gathered gardening expertise through membership in Gardeners of Central Lake County and occasionally, he could be spotted tending to rose bushes in the Cook Memorial Park Rose Garden. David and Peg settled in the Libertyville Greentree subdivision in the 1970s, and over the decades, David became an iconic fixture in the subdivision, and particularly in his immediate neighborhood. Some neighbors referred to him as “the mayor of Mayfair Drive,” as he would traverse the neighborhood on daily strolls with his trusty Doberman, Zeus, or later his fearless pug, Michelle. These walks took time, as David would greet friends, exchange news about their lives and share laughter. His familiar deep voice resonated at backyard barbecues, block parties and driveway gatherings, as he regaled friends with fascinating stories from his past, or interesting anecdotes from history. Donations in David’s name may be made to the D128 Foundation for Learning at: https://www.d128.org/foundation/donate A visitation will begin at 11:00 a.m. followed by a memorial Service at 12:00 p.m. Saturday, April 23, 2022 at First Presbyterian Church, 219 W. Maple Ave. Libertyville, IL 60048 Please leave a message for the family at www.burnettdane.com for more information, 847-362-3009.

David Duane Ransom, 86, of Libertyville, IL passed away peacefully in the company of loved ones on Sunday, February 27, 2022, after a short battle with cancer. Born December 19, 1935, in Boscobel, WI, David was the devoted husband of 59 years... View Obituary & Service Information

The family of David D. Ransom created this Life Tributes page to make it easy to share your memories.

Send flowers to the Ransom family.